When pitted against each other in multi-vehicle car comparisons, compact sport utility vehicles (SUV) range from cheap to exorbitant, poser to fully-capable. Sitting right in the middle of most of these comparisons are the two vehicles that we're covering today, the Toyota RAV4 and Nissan X-Trail. Unlike some others they're typically compared with, the RAV4 and X-Trail offer the best value and best balance of all things considered.

Both of these crossover SUVs, whether the 2002 Nissan X-Trail or 2002 Toyota RAV4, are consistently ranked well by reviewers and buyers. They both deliver quite well where it counts, and on a number of fronts. If you need room for four passengers, maybe a fifth, as well as room for gear, they've both got it. If you need to tow something bigger, such as a small boat or mini camper trailer, both the X-Trail and RAV4 can be equipped to handle it. Inside, both X-Trail and RAV4 make use of somewhat low-grade plastics, coming out pretty much equal in this respect, but RAV4's seating seems to be more comfortable, if not as spacious as the X-Trail, which has more interior space. On the other hand, these two crossover SUVs offers some differences that are well worth pointing out. 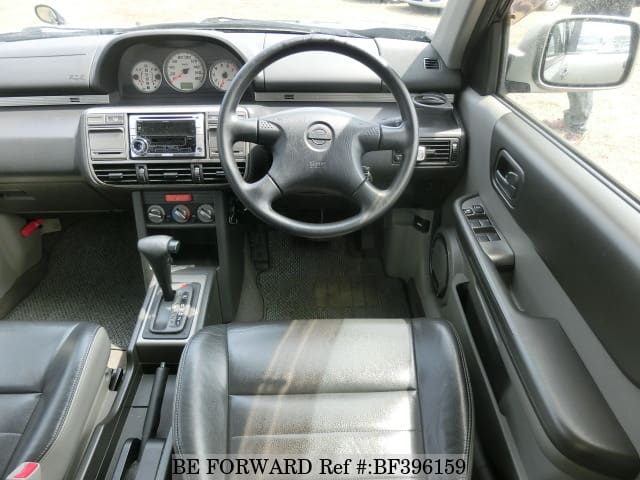 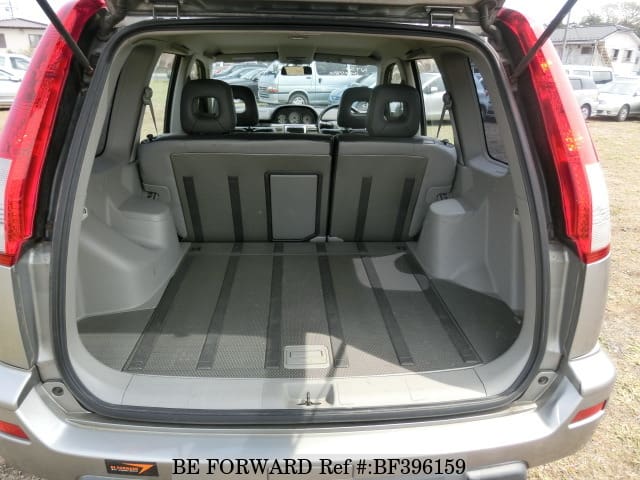 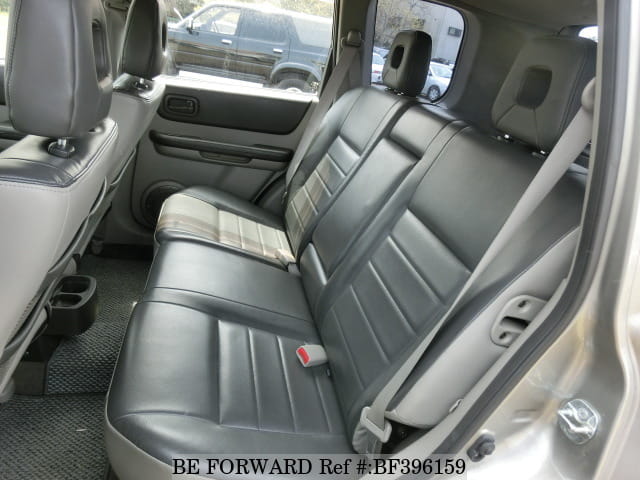 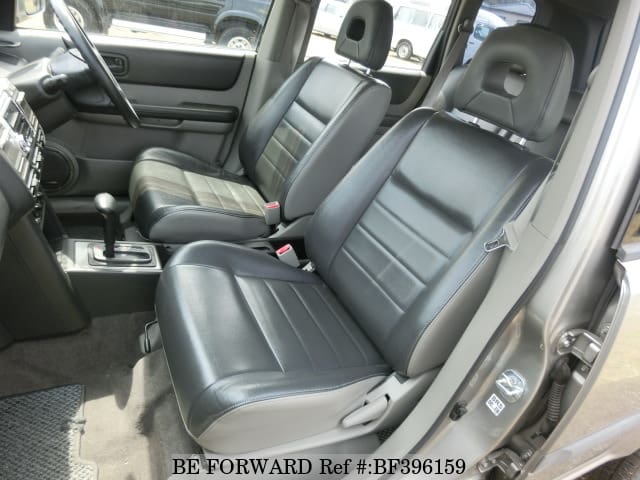 Because of its high stance and long wheelbase, the Nissan X-Trail offers a pretty impressive amount of interior space, as well as a better view. Those who appreciate a lot of space will find their haven in Nissan X-Trail, which features seating for five adults, albeit smaller adults in the rear. For some reason, the rear center passenger seating position was not equipped with a three-point seat belt. Additionally, it seems that priority was given to cargo space, instead of passenger space, as long-legged adults may find the rear seats somewhat cramped. At the same time, rear cargo space, even with the rear seats up, is quite impressive for this class. 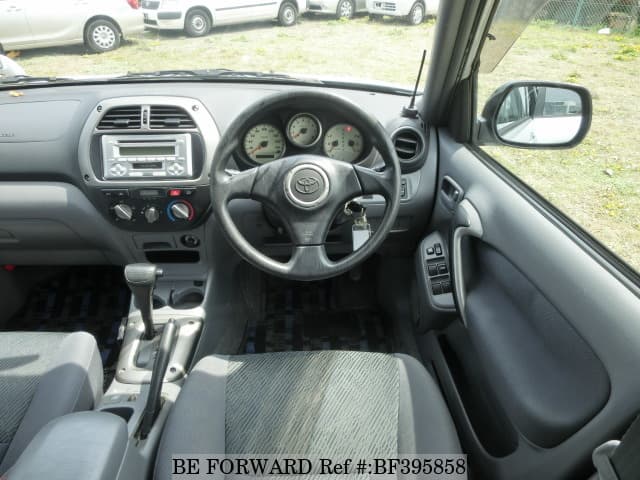 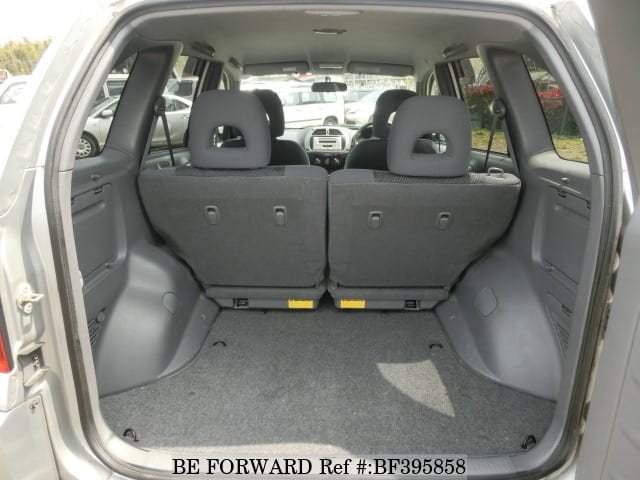 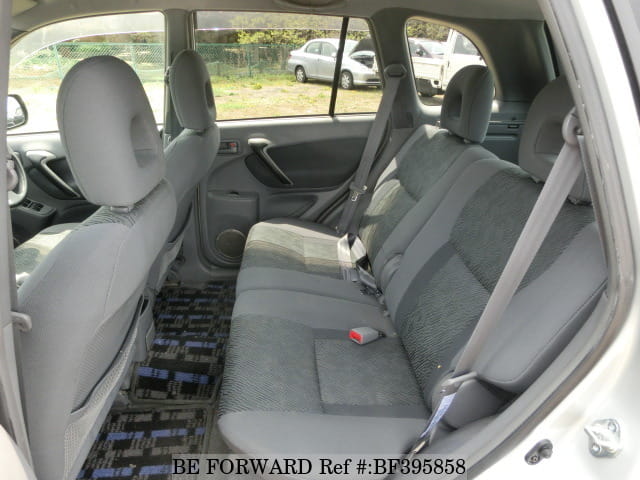 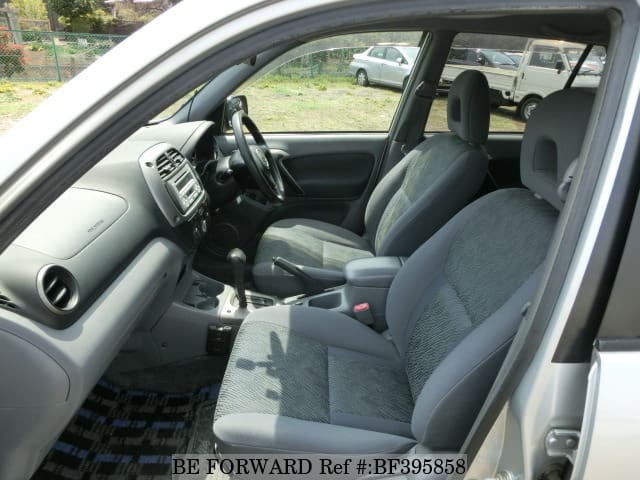 Among crossover SUVs, the RAV4's interior is one of the smaller ones available. Though it has seating positions for five, there's really only room for four, and rear seat passengers will most likely find legroom to be lacking, especially if front seat passengers are also long-legged. Still, four average-sized adults will find the Toyota RAV4 to be exceptionally comfortable, particularly in the front seats. Seeing as RAV4 is based on a car-like chassis, it shouldn't come as any surprise that the interior feels more carlike, and comes with a number of carlike features, such as power windows, keyless entry, and power locks. 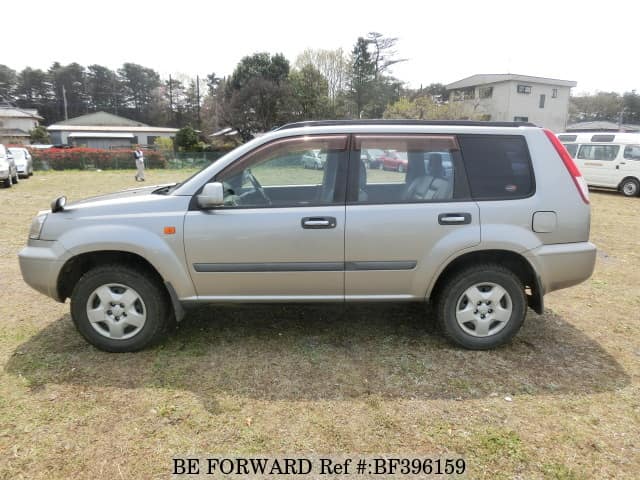 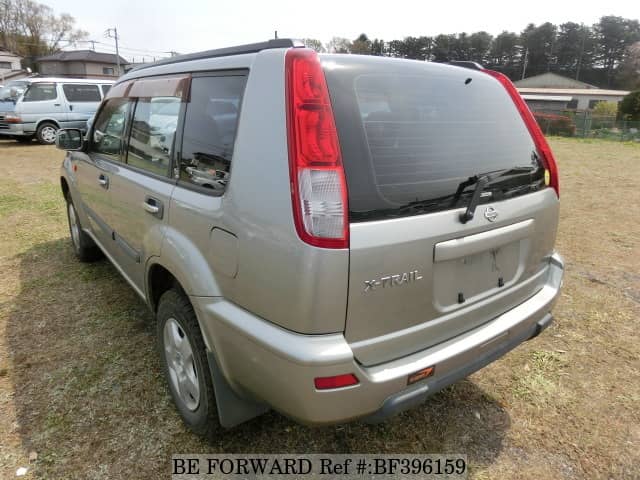 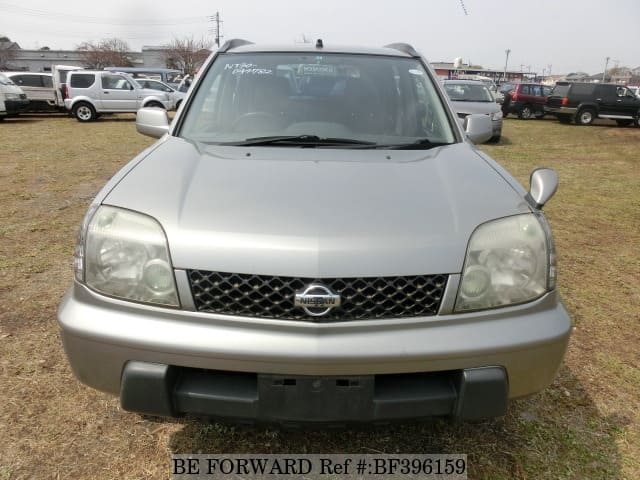 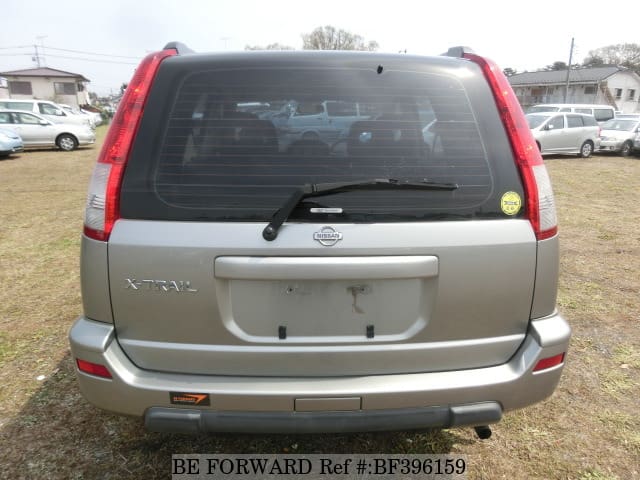 Looking at the Nissan X-Trail, one immediately notices that it is boxier than most other crossovers on the market. Depending on the era, other cars were boxy, but in 2002, it seems almost out of place. It may not be the most attractive, but it does warrant a closer look. If anything, this could be why X-Trail is so polarizing. Some see it as a throwback to yesteryear's designs, while others see it as a down-sized version of a full-size SUV, with all the style of a capable off-roader, but without the high refueling costs typically associated with such monsters. On the other hand, there are plenty of wildly successful SUVs out there that haven't changed their look in decades. 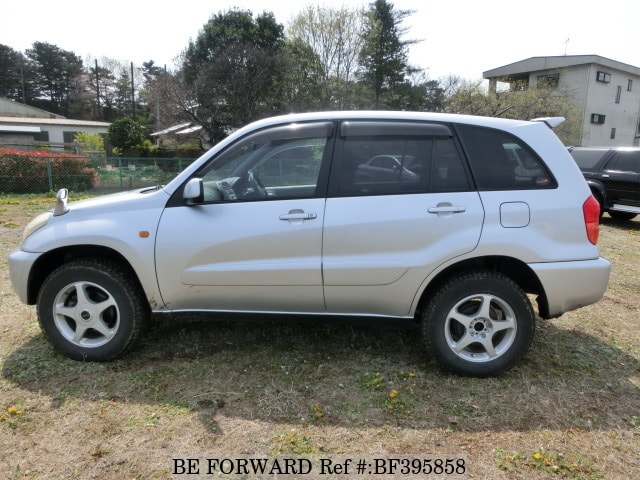 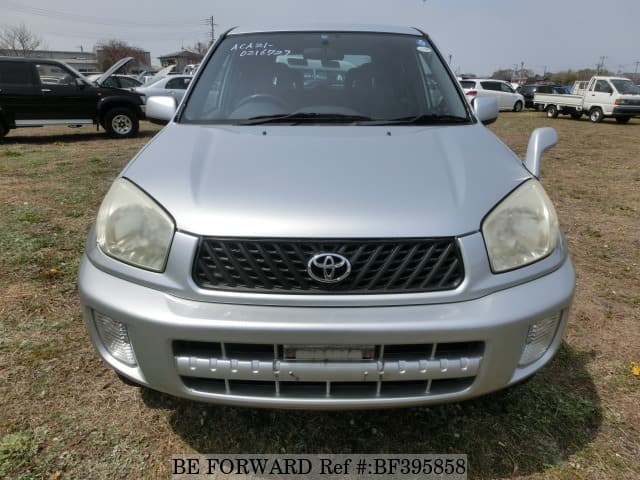 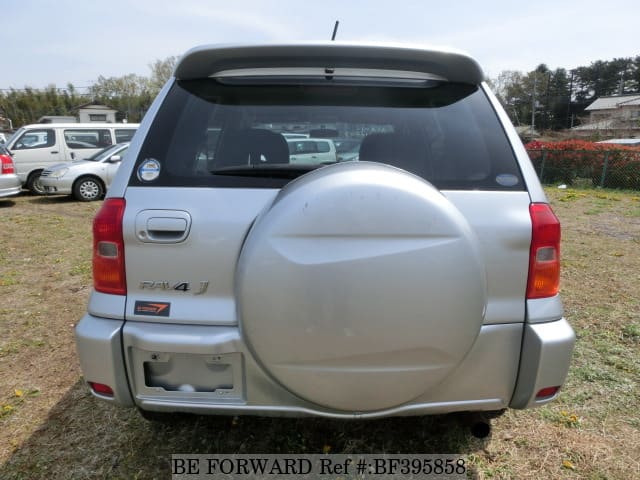 Outside, Toyota RAV4 didn't follow the crowd with boxy SUV-like design cues. Indeed, it wasn't meant for off-roading and so didn't make any pretenses with its profile and demeanor. Though originally available in both three-door and five-door versions, 2002 practically did away with all three-doors, and the RAV4 was better off for it, for improved passenger and cargo space, better ride quality, and exceptional comfort. One could say that Toyota was playing the “cute” card when they dealt the hand to the RAV4 designers and engineers. It has the proportions of a capable 4WD, such as the high windows and chunky wheels, but a decidedly friendly curve applied to all surfaces. Almost no “edge” remains, resulting in a far less aggressive take on AWD vehicles.

Because of its size and engine options, the Nissan X-Trail isn't so much of an urban runabout, but great on the open road and in the rough. Because it is so tall, drivers have a great view, one of the biggest greenhouses in the segment, which also puts it squarely in the “drive carefully” segment. In other words, the X-Trail is not a sports car, and will never corner like a sports car. On the other hand, no sports car features this kind of interior space and versatility.

When it comes to actually driving the Toyota RAV4, one immediately notes that it was meant to be a compact urban assault vehicle, never particularly destined for off-road trails. That being said, the RAV4 is an absolute dream driving around town, even cruising on the highway. It has just enough pep to keep things interesting, but not enough to make highway merges particularly easy, thanks to its assortment of small engines, ranging from 1.8 ℓ to 2.0 ℓ.

Nissan X-Trail provides you an option to drive between 2 WD to 4 WD. This bodes well for drivers that like to use the vehicle for off-road activities during the weekend while utilizing the vehicle for daily use. Toyota Rav 4 is considered an all wheel drive compared to the X-Trail, but the Toyota Rav 4 is widely popular for casual urban drivers to transport their small family to and fro. Furthermore, to the more adventurous both cars can be retrofitted with a bike roof rack or a hitch to accommodate bicycle riders. If you require spacious rear compartment to transport various items the Nissan X-trail has a larger compartment versus Toyota Rav 4. The Toyota Rav 4 has a more refined interior whereas Nissan X-trail utilizes aesthetically appealing materials. Lastly, reliability with Japanese cars is world renown and both vehicles enjoy a favorable reputation and economical according to fuel consumption.