If you live in a large urban area, and need a car, there are many things that you should consider. First, and foremost, buyers need to consider the total cost of owning a car. These costs include the purchase price of the car, insurance considerations, taxes, parking, fuel, and maintenance. All of these considerations often lead the savvy urbanite to the supermini class of cars. Many of the cars within this group offer outstanding km/l and avoid certain taxes related to the size of a car. They are incredibly easy to park and are often quite durable Most manufacturers, especially those who have entered the Asian markets, offer a variety of selections in the supermini classification. Two of the most prominent may be Toyota and Nissan.

Both the 2004 Toyota Passo and the 2004 Nissan March are well regarded by professional reviewers and current owners. Either vehicle will comfortably seat four adult passengers. If needed, a fifth passenger can find a seat. This is common with supermini cars. The Nissan March is a bit smaller than the Passo. While cabin space is an important feature, most buyers who shop for a supermini are more concerned with fuel efficiency than cabin space. 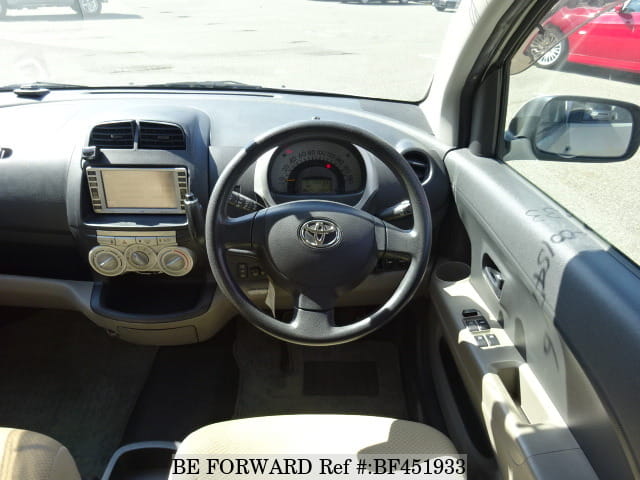 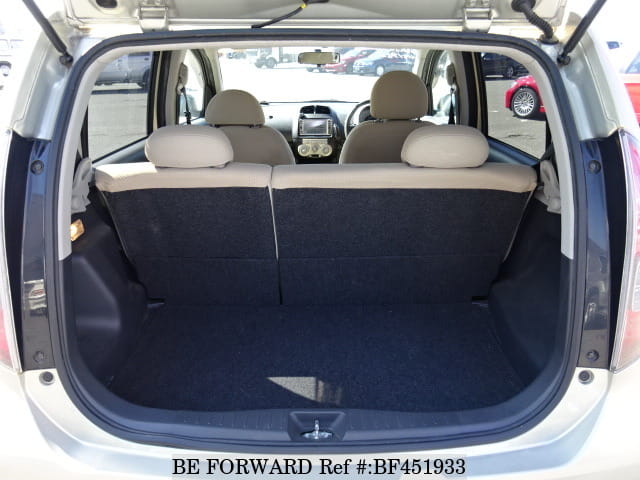 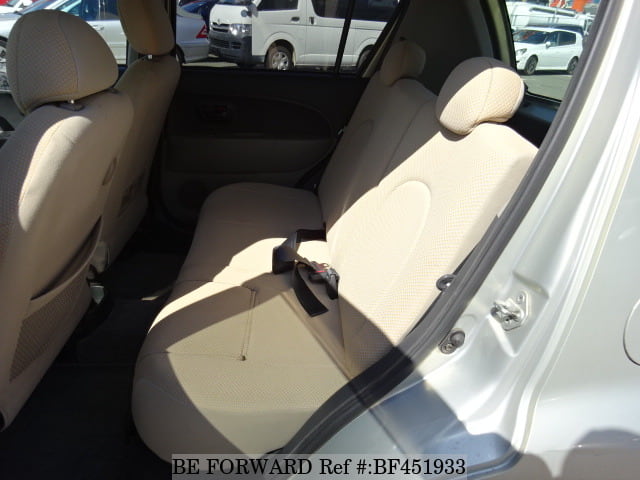 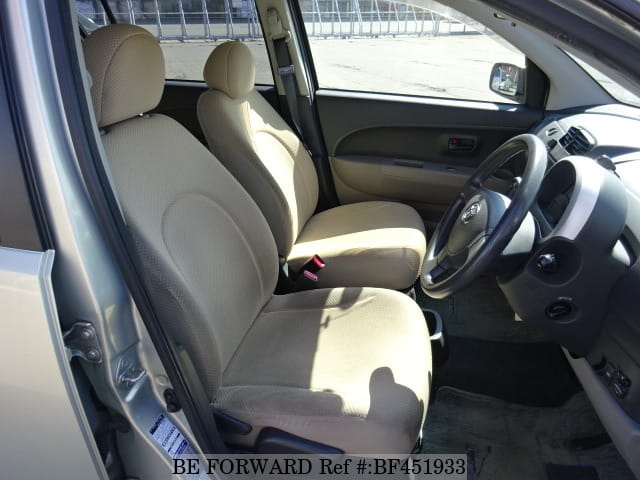 The interior of the 2004 Toyota Passo is exactly what you would expect from a supermini: it is efficient in every aspect. All controls and gauges are within easy reach of the driver, allowing constant road awareness. Where the Passo diverges from the supermini mold is in the ''feeling'' of the interior. For many years, fuel efficient cars were marred by the lack of basic comforts. The seats and interior mouldings were done as inexpensively. Toyota refuses to allow this concept to creep into even the smallest of their vehicles. While the Passo does feature a rather minimalistic interior, it is comfortably appointed for driver and passengers alike. 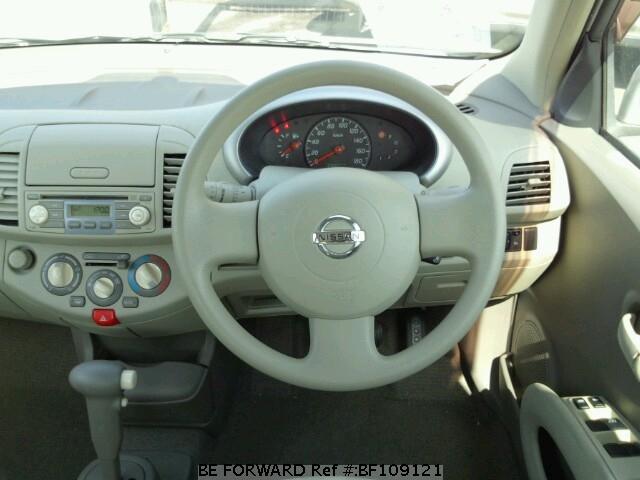 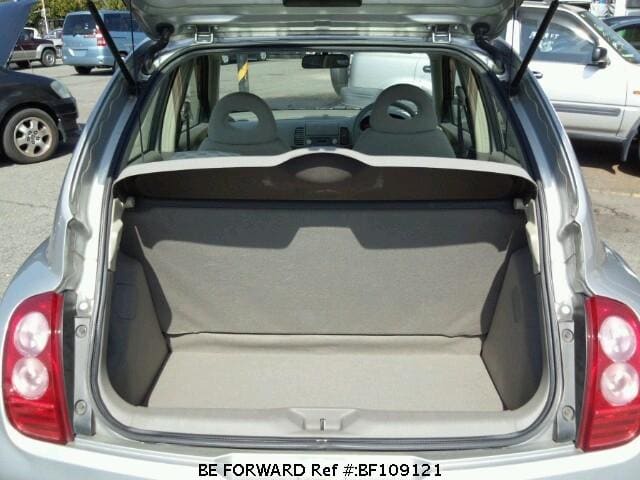 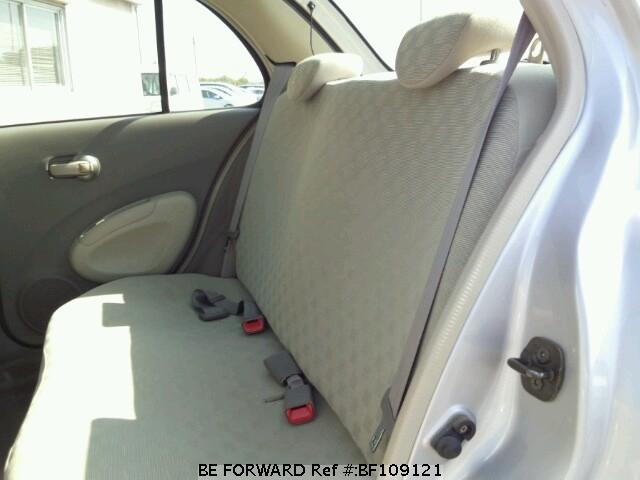 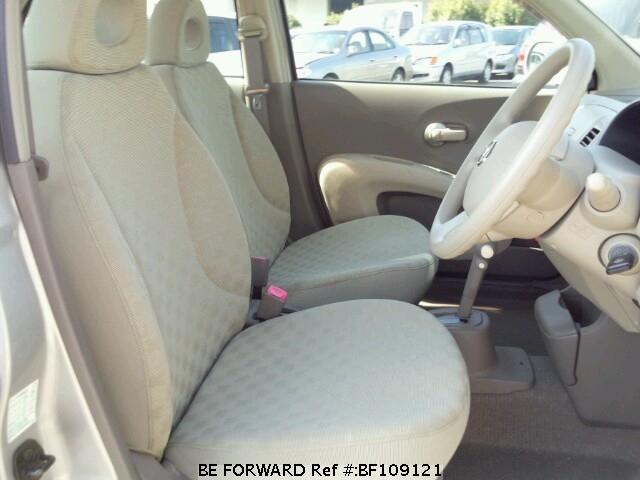 The 2004 Nissan March is part of the K12 third generation that was revealed at the Paris Motor Show in 2002. The third generation marked a radical redesign that was badly needed to keep the March relevant in its key markets. The March, like the Passo, is known for its spartan, yet comfortable interior. In earlier generations, Nissan allowed the traditional minimalistic feeling of a supermini to creep into the interior of the March, but a collaboration with Renault for the third generation, pushed this tendency into history where it belonged. 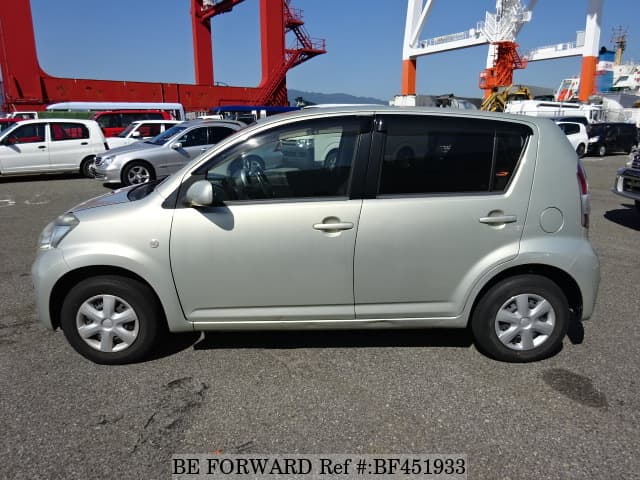 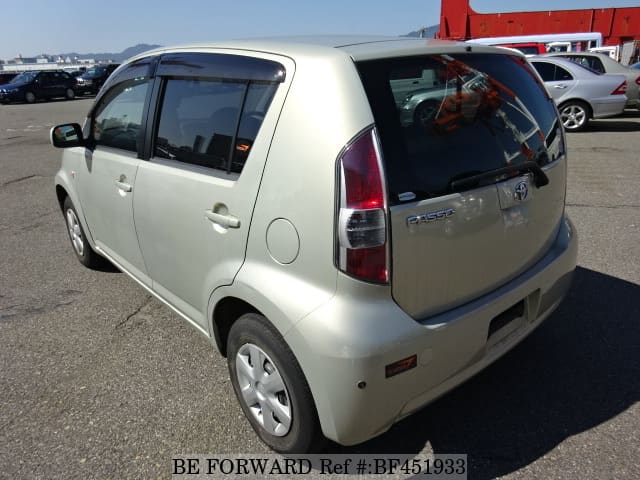 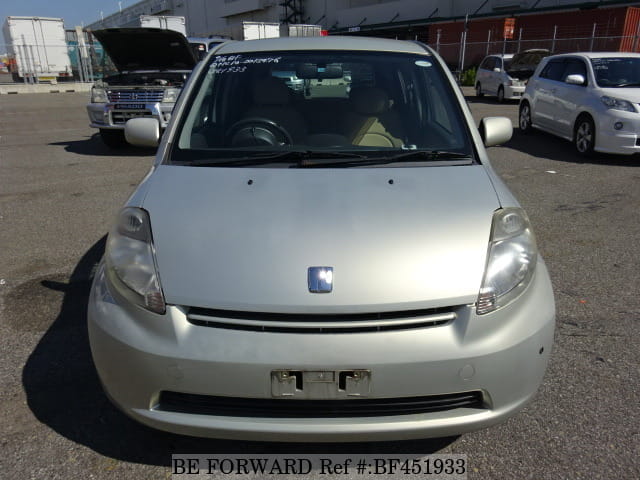 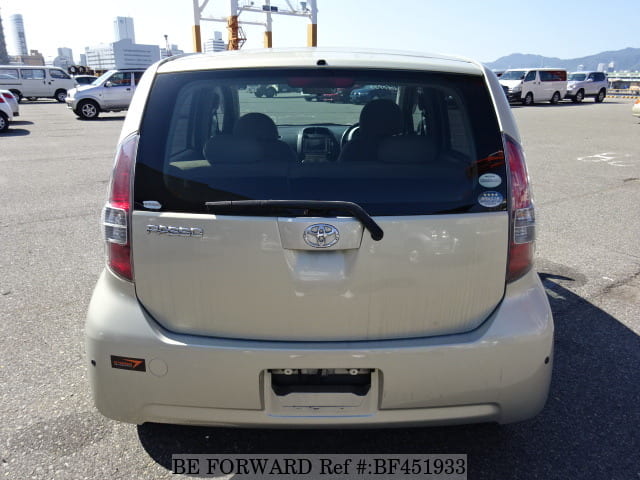 As part of the first generation of the Passo, the 2004 model was built with a tried and true design. It is very aerodynamic, but rather plain and simplistic. Japan model code DBA-KGC10 is a perfect example of this styling concept; focusing more on fuel economy, safety, and price point than exterior styling. 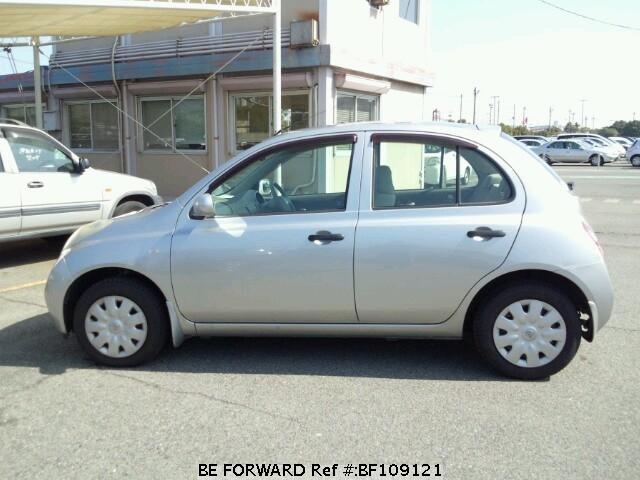 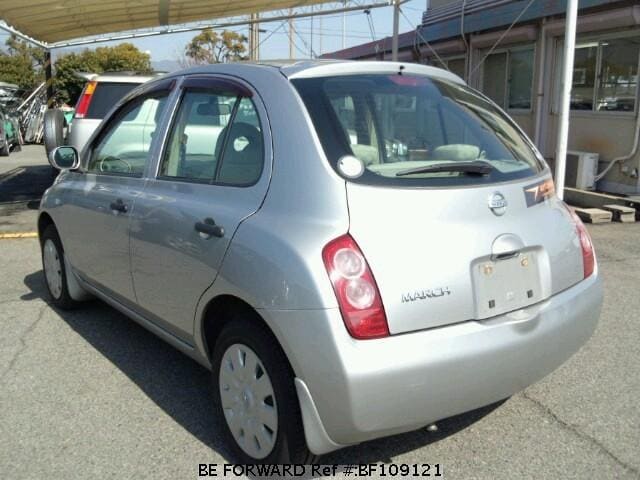 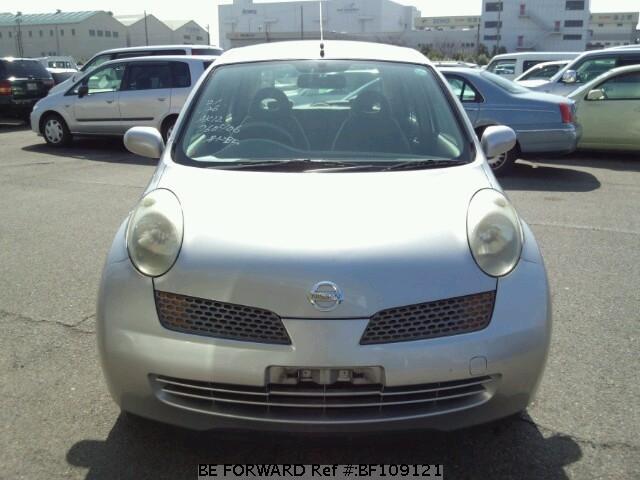 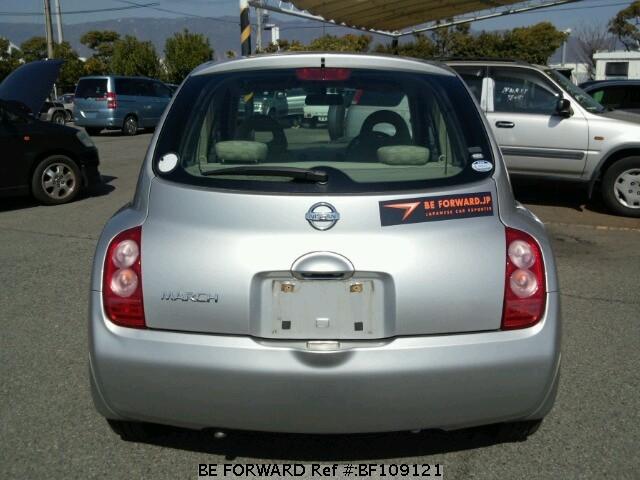 For the third generation of the March, Nissan had the foresight to collaborate with Renault to improve styling and grace. The result was a car that was greatly improved over all past iterations. The K12 release closely followed the lines of the Nissan MM-e concept displayed at the 2001 Frankfurt Motor Show.

The 2004 Toyota Passo is a very fuel efficient car, offering an efficiency rating that is among the highest for non-hybrid vehicles. Small cars often suffer from a feeling of sudden pitch and roll in turns and while cornering, the Passo counters that by being wider, taller, and heavier than its predecessor, the Daihatsu Storia. The increased dimensions give the car a stability in turns that many drivers will feel is very solid, perhaps even nonchalant.

Nissan decided to revamp the line in 2002. Not only did Nissan completely restyle the exterior of the March, the automaker gave it a much needed set of engine upgrades. The upgraded stance of the K12 platform allows the March to stand solid in turns as well as ride comfortably during long distance commutes. One of the most exciting features of the 2004 Nissan March is its sporty engine lineup. With the 2004 March, Nissan opted for stronger four-cylinder engines, eschewing an I3 option.

Side-by-side, the 2004 Toyota Passo and the 2004 Nissan March are as different as night and day; each appealing to a certain set of buyers. Both are solid cars in their own right, but their manufacturers have taken different tacks to deliver a car that appeals to the public.

The 2004 Toyota Passo offers a comfortable ride and surpasses the fuel efficiency offered by the March by several km/l. Despite its modest styling, the Passo is the superior choice for buyers who are looking to minimize their carbon footprint and deal with the congestion of urban traffic, while riding in comfort. It is also backed by the legendary reliability of Toyota Motors.

On the other hand, the 2004 Nissan March offers the superior styling that a young urbanite is looking for. Its aggressive stance and artistic design allow it to stand out from the supermini crowd. The lower fuel efficiency can be forgiven when you experience the thrilling acceleration and power offered by the larger engines featured in the March line-up.

Making a final decision to buy one over the other will come down to your personality. Are you more concerned with fuel economy or would you rather feel a bit of exhilaration when you touch the pedal? While we are not recommending one car over the other, you now have the information you need to make an informed decision. Good luck with your new car!