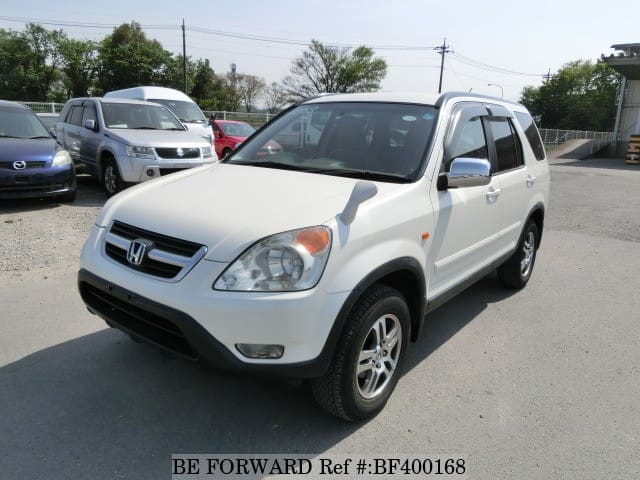 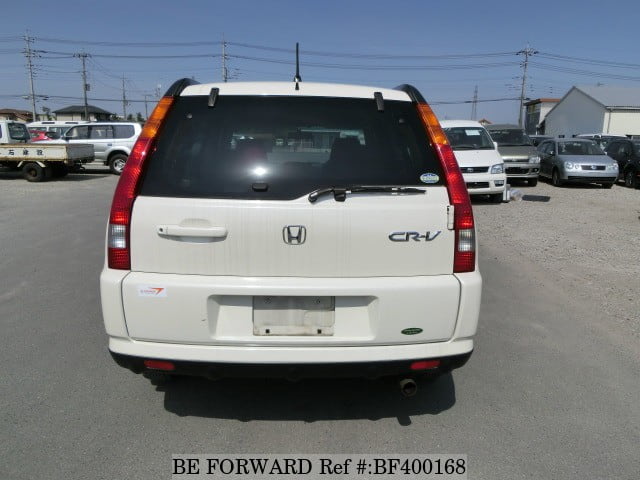 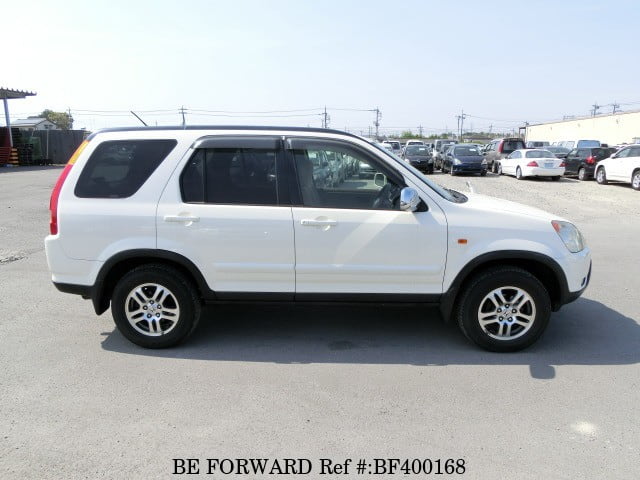 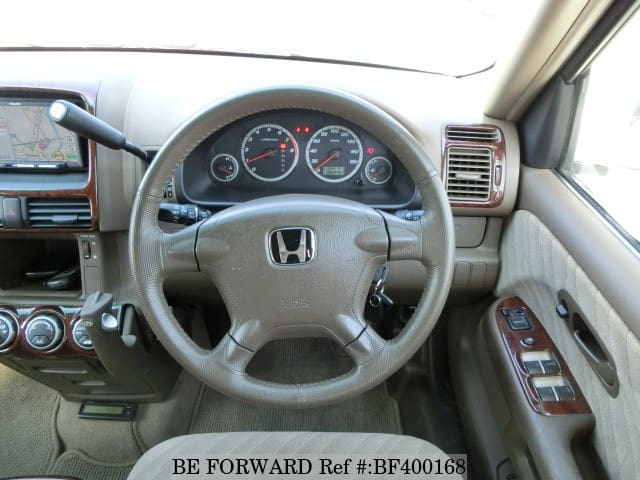 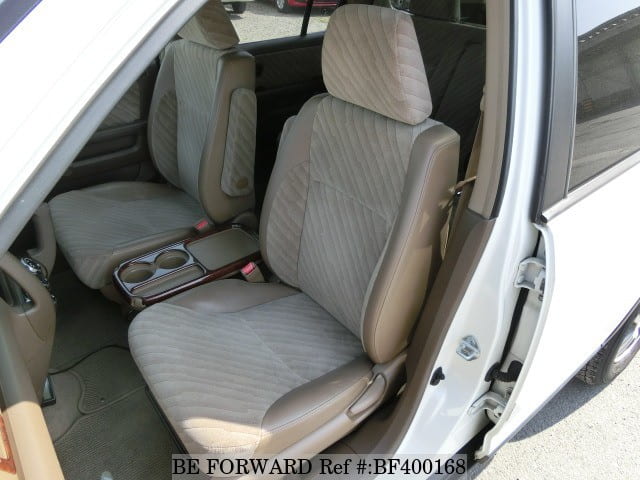 The Honda CR-V was originally introduced as a compact sport utility vehicle (SUV). Based loosely on the Honda Civic compact car, the CR-V offered something that sedans and conventional SUVs could not, including a car-like ride, higher stance, and more room, but without the accompanying sacrifice in fuel economy. The origins of the moniker “CR-V,” seems to be mythical. Some may have heard it as standing for “Compact Recreational Vehicle,” while others have stated that it refers to “Comfortable Runabout Vehicle.” Honda CR-V stands up to its name, in either case, and has become one of Honda’s most popular models.

"The HONDA CR-V is a great value and it continues to be a top seller. BE FORWARD has a great selection of the multi- purpose vehicles."

In relation to other SUV’s in the Honda lineup, the Honda CR-V compact SUV, or crossover SUV, is smaller than the Honda Pilot mid-size SUV, which has been in production since 2002, and young and growing families have consistently found Honda CR-V to deliver an exceptional value. 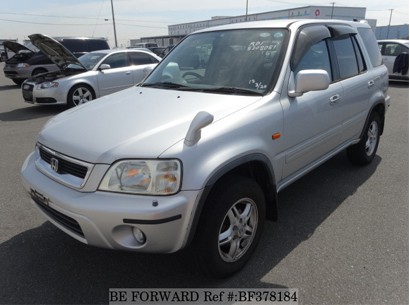 "Since it’s initial inception of the Honda CRV, this generation was widely popular and now much more affordable and accessible"

Introduced in October 1995, Honda CR-V was based on the Honda Civic platform, but featured a higher stance, seating for five passengers, four-wheel independent suspension, and part-time automatic all-wheel drive (AWD). On introduction, it was considered a luxury vehicle in Japan, because of its exterior dimensions. Like most compact and crossover SUVs in the field, Honda CR-V is styled after larger full-size SUVs, but with an emphasis on urban utility and practicality, instead of on off-road capability and all-weather traction. 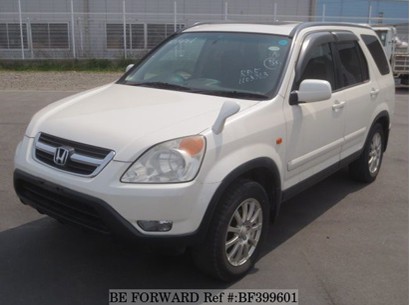 "This generation iteration, Honda improved boot size and it’s a bit larger compared to the 1st generation and the engine power has improved and now available between 2.0 to 2.4 Liter size engine"

Fully redesigned for its second generation, 2001 Honda CR-V (K20A DOHC i-VTEC 2.0L,158ps) was based on the seventh-generation Honda Civic, featuring a more spacious cabin and a slightly more aggressive body. The cargo area expanded with the rear seats folded down, and the centre console featured more storage, after the automatic transmission shift lever and parking brake selector were moved to the instrument panel. Access to the boot was improved by eliminating the need to open the rear glass hatch before opening the tailgate. 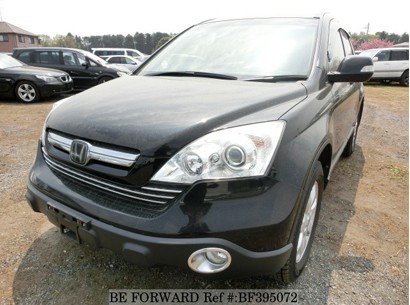 "This design iteration is prominent compared to previous years. The engine is more powerful and efficient. The body styling is revamped and boot size and leg room are much roomier"

The third-generation Honda CR-V was completely redesigned, featuring a more rugged, yet aerodynamic, profile, as well as a lower and wider body, styled after the luxury SUVs from Europe. One highly noticeable feature of the new generation CR-V was the switch to a rear liftgate instead of the swinging tailgate, made possible by moving the spare tire, on all models, to an under-floor boot compartment. Aside from making kerbside loading more convenient, it also helped to reduce the length of the car and move the centre of gravity lower, thereby improving manoeuvrability and stability while driving. Combined with a more rigid body and sound-deadening body structure, the new CR-V delivered a far more comfortable ride than previous generations. 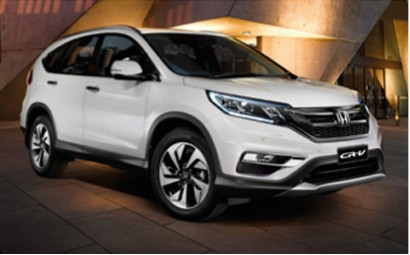 "The design iteration for this generation, Honda provided CVT option and 5 speed automatic transmission. The body styling is more aggressive looking and much luxurious compared to the previous generation"

The redesigned fourth-generation Honda CR-V received a number of updates, particularly in ride quality, safety features, and modern styling. Under the bonnet the JC08 model is an updated version of the existing 2.4 ℓ four-cylinder engine that’s been powering the CR-V for that last decade, even more powerful and more efficient, generating 190ps (187 hp). The standard five-speed automatic is just as efficient as ever, the standard FWD powertrain capable of delivering up to 13.2km/L (31 mpg), with those choosing the AWD option sacrificing a mere 1 mpg, up to 12.8km/L (30 mpg) highway. The introduction of the fourth-generation CR-V also marked the return of the smaller 2.0 ℓ four-cylinder engine, this time mated to a continuously-variable transmission (CVT), via torque converter, which delivers ultra-smooth acceleration and exceptional fuel economy, up to 14.5km/L (34 mpg), though only available in front-wheel drive.