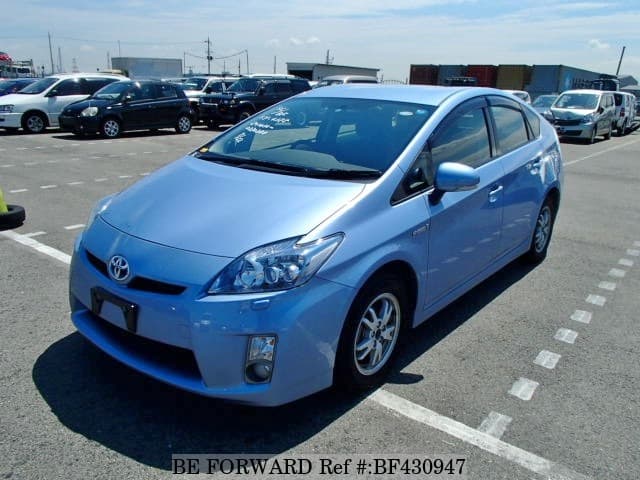 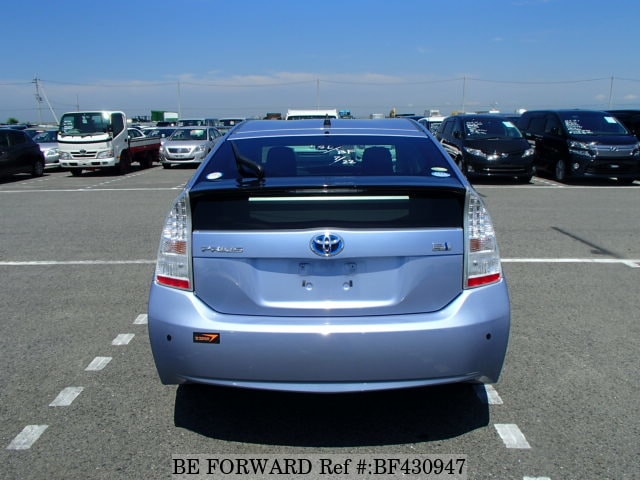 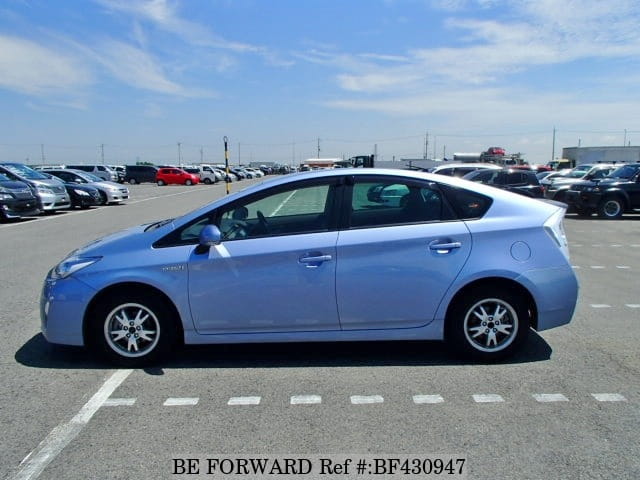 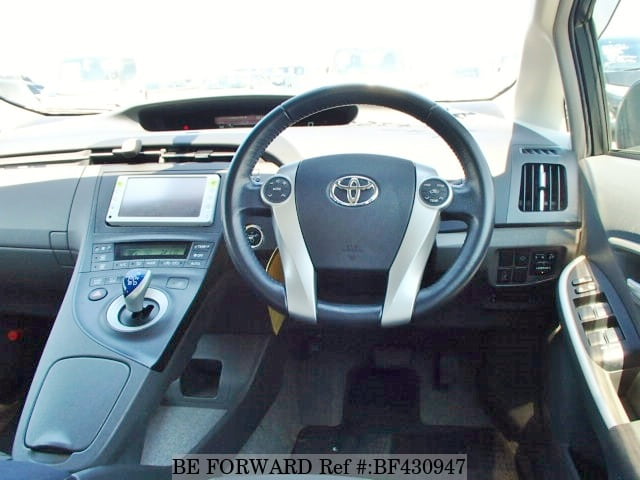 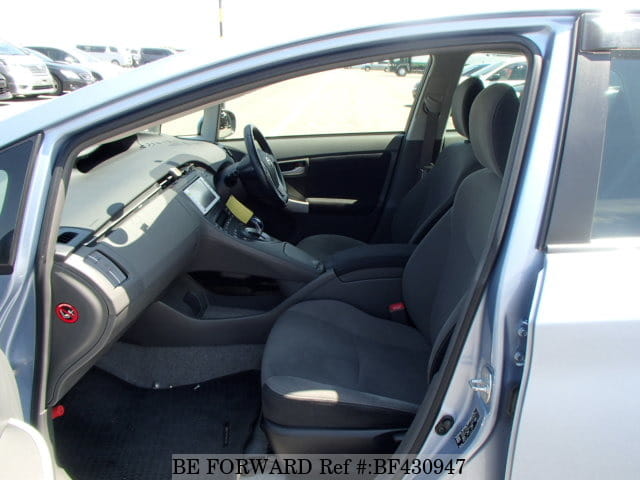 The Toyota Prius is available in two forms, as a totally electric plug-in model and a combination gas powered and electric powered hybrid. This revolutionary design will be entering its 16th model year. The Prius has set many trends among followers including status symbol, environmental friendliness, and the ability to possess an award winning design that continuously is on the forefront of innovation. From its humble beginning as a basic four door sedan, the Prius has evolved into a variety of designs. Availability varies based on the location of the end market. In addition to growing with technology, the Prius has also improved environmentally. Fuel efficiency has improved 26 percent from 4.9 L/100 km to 3.9 L/100 km. Battery life has also improved along with the warranty behind it. As for the design itself, the body has transitioned from a fossil fuel based composition to more environmentally friendly materials.

"Customers buy this vehicle because it is practical, economical, fuel efficient and environmentally friendly. This vehicle is reliable and durable."

Later models improved on energy usage and recapture. Electric motors drive the power steering and first-ever totally electric air conditioning. Recapturing the energy became a big part of the environmental improvements. Regenerative braking captures electrical energy which is then stored in the battery. Heat that is generated is also recaptured. Early on, engine heat was recaptured and stored for faster warm ups. Later versions use the catalytic converter as a source of heat.

The Toyota Prius is a symbol of marketing ingenuity that succeeded where Detroit failed. Launched amid much speculation that the car would fail due to safety reasons, potentially negative profits, and the lack of desire for fuel economy as a preferred quality; the Prius proved itself and established an industry for hybrid cars. The success of the Prius was due to the foresight of Toyota from both marketing and engineering standpoints. From an engineering perspective, Toyota arrived at a hybrid combination of gas and electric vehicle after several tries. They did not make the mistake of going with a pure electric vehicle like GM did with the Impact. Instead, Toyota realized that a hybrid provided the optimized result of performance, range, emissions, and economy. 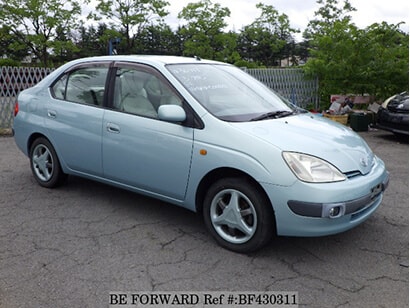 The first generation NHW10 Prius model was designed for the Japanese market. The four door sedan styling along with the hatchback versus a trunk made for a successful combination. The original design featured a unique concept of “split power” that allowed both the gas and electric power to propel the vehicle. The engine was limited to 1.5L and 58 HP (43 kW). Even though the vehicle was designed for shorter trips based on European and Asian driving habits, it still sported a long range fuel capacity of 11 UK gallons (50 litres). The remainder of the specifications in terms of dimensions put the car in the economy class for vehicles of the time. Even then, it was bigger than its smaller gas driven vehicle the Corolla. The NHW10 was 4.275 meters long and sported a wheel base of 2.550 meters. 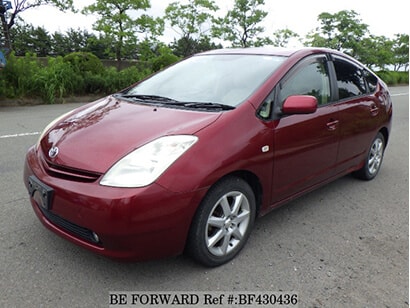 The NHW20 model is the second generation of Prius. This update expanded on Toyota’s original success that had created a market for hybrid automobiles. The second generation Prius model is referred to as a major redesign effort due to the number of changes including size upgrade. Toyota took the design from a compact four door hatch back to a midsized lift back. The revolutionary hybrid became more powerful while offering better fuel efficiency, more room, and a new look.

Power improvements were realized in the gas power as well as the electric motor. The gas engine size remained the same at 1.5L with a 31% improvement in horsepower from 58 HP to 76 HP. The electric motor improved 52% from a HP of 44 to 67 HP 50 (kW). I terms of fuel efficiency, the combined improvement was 11% better with the NHW20 than the original NHW10.

The new design offered improved rear seat leg room and cargo room. The size increase was only 4% in length and 6% in weight. Aerodynamics improved the fuel efficiency and handling capability due to a lower drag coefficient. Innovation was not limited to the vehicle’s attributes in terms of physical advantages for the customer. In addition to the features, 530 patents were awarded thus ensuring market advantages of 20 years over the competition. 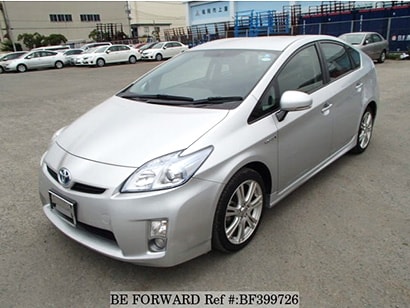 Third generation ZVW30 Prius models had a large increase in specifications as well as a number of technology innovations. The 1.8-liter gasoline engine is rated at 98 hp (73 kW) which represents a 29% improvement over its predecessor, the 1.5 liter second generation NHW20. The ZVW30 had a 100% increase in electric power with a 134 HP replacing the previous 67 HP version. With the onset of the Tesla models creating more demand for power, Toyota has truly kept up with the customer’s needs in their third generation product offering. More power did not mean an increase in fuel consumption. As with the transition from the first to the second generation, the fuel efficiency once again increased by 11% from the NHW20 to the ZVW30.

More Than Just a Car

The Toyota Prius is more than just a car. The awards are many including innovation and safety. Furthermore, the batteries have proven to be reliable. Whereas the initial safety fears were related to electrocution and the danger associated with having to haul batteries around, the Prius has proved itself worthy. Neither of these fears ever amounted to an issue. The safety crash tests for the EuroNCAP test series received a rating of five out of five stars. All tests were in excess of 80% with the exception of the Pedestrian test which came in at 68%. Ratings were listed mostly as “Good” while the structure/safety cage was rated as “Acceptable”.