Spanning four generations, the best-selling Ford Focus has been constantly rated as one of the top compact cars. While no longer manufactured nor sold in North America since 2018, the Focus continues to dazzle drivers worldwide with its sleek stylings and excellent performance. One of its earliest editions, the 2005 model year, comes in four body styles - three-door hatchback, hatchback, sedan, and wagon. It receives either a 2.3L 151 hp inline four-cylinder engine available only in its sedan version, or a 2.0L 136 hp inline four-cylinder engine. For the standard trim of its 2013 model year, the Focus receives a 2.0L 160 hp inline four-cylinder engine joined to a five-speed manual transmission and front-wheel drive, with a six-speed dual-clutch automatic transmission available as an option.

The 2013 Focus arrives with standard features such as air conditioning, CD sound, and steering wheel with tilt and telescoping mechanism. Moving up the trims to the SE adds on cruise control, larger wheels, fog lamps, and Ford's MyKey system. For standard safety features, the 2013 Focus receives front, side, and Safety Canopy curtain bags, electronic stability control and anti-lock braking. Take control with Ford Focus available at low prices here at BE FORWARD! 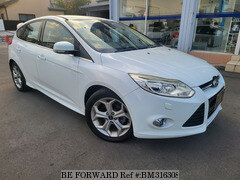 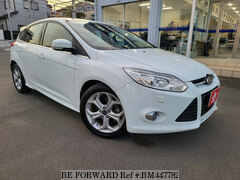