The S40 from Volvo is a small sedan first seen in 1995. Volvo has traditionally been known for making more utilitarian cars than stylish ones. However, the S40, in particular the 2nd generation, changes this with its chic Swedish executive styling. Painted with an executive color palette, with grey and black being the main hues, the interior is a formal affair. In contrast to its professional and subdued insides, both the first and second generation S40s have engines with plenty of variation and punch. The second generation, 2011 version of the S40 receives a 2.0L inline four-cylinder engine capable of 143 hp mated to a six-speed automatic transmission and uses a FF drivetrain. Previous editions, such as the 2009 S40, came with one of three engines - a 2.0L 143 hp inline four-cylinder (6AT /FF), a 2.4L 168 hp inline five-cylinder (5AT/FF), or a 2.5L 227 hp IC turbocharged inline five-cylinder engine (5AT/4WD). Fuel efficiency is 11.6, 9.5, and 8.3 km/l for these respective engine trims.

Standard features on the 2011 S40 include steering tilt mechanism, power windows, and 16-inch aluminum wheels. For safety features, the S40 is installed as standard with front and side airbags, ABS, EBD, anti-theft system and dynamic stability and traction control. The S40 from Volvo is style and substance realized. Get yours at a great price here at BE FORWARD! 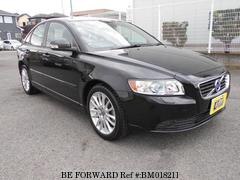 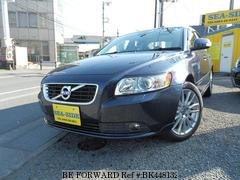